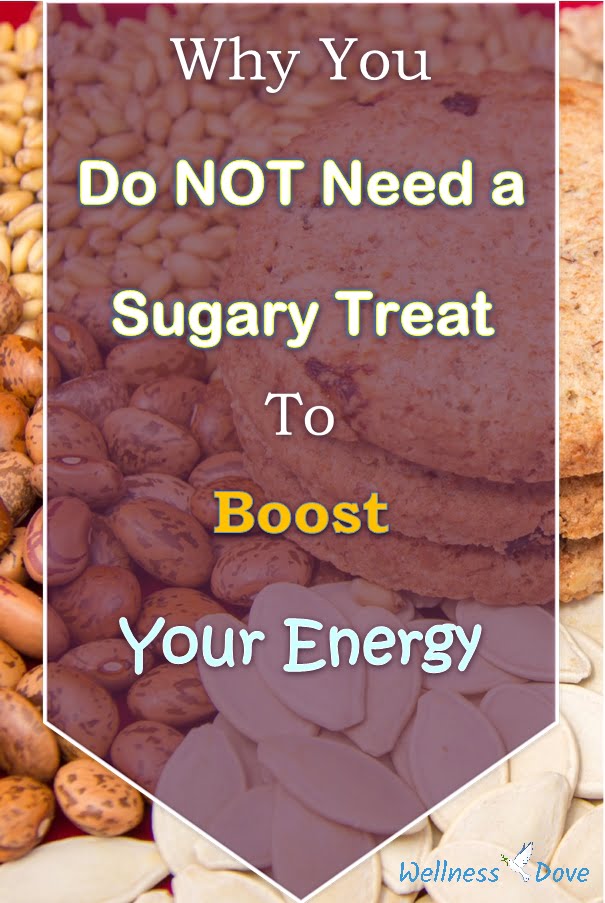 PinWe  all have felt that need to fill up on something sugary when we are tired.

The quick get-up-and-go effect of sweet foods is a sure way to quickly fuel up our brain and body.

Yet, it’s common knowledge now that sugar is not a friend to human health.

Highly glycemic foods send sugar into the bloodstream way faster than you could use it up. The pancreas is overworked to release way more insulin than is natural and insulin… Well, high insulin promotes growth, among else, to your fat tissues, causes you to age faster and all kinds of other mischief.

Fruit is your friend

They contain simple sugars that immediately boost your energy but they also contain fiber.

Fiber slows the release of the sugars and does not cause an insulin spike.

Still, though, you should not need a sugary boost at all, if you eat healthily.

Slow and steady wins the race.

Slow and steady is how we want insulin to be released into our bloodstream.

After all, the only way to raise insulin too high is through the processed sugary foods that are common today but were almost unheard of a century ago.

Natural foods in their whole form release their sugars slowly, a couple of calories at a time.

Which begs the question:

How did our ancestors manage to have energy to survive, living in a harsher environment, with no running water, central heating or air conditioning?

The way the body uses energy 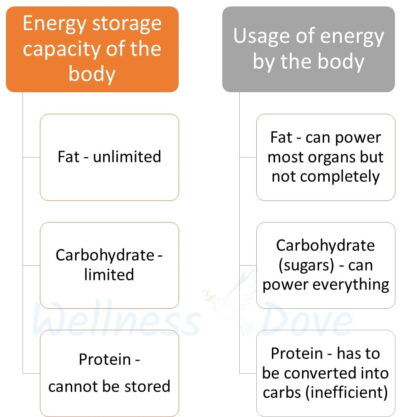 PinBasically your body runs on carbohydrates and fats but mostly carbohydrates. Protein can be used for energy but must be converted into carbs first, which is not an efficient process.

Fats themselves cannot fuel all organs by themselves and cannot power the brain at all.

Naturally, we can store carbohydrates (in limited amounts) when we are not very active so that we can use them up later, for example, when we need to think intensively.

If we eat a lot of simple, immediately absorbed carbohydrates such as processed sugar, they are released quickly into the bloodstream and the body needs to do something with them.

Since we are rarely doing some incredibly vigorous exercise to use all that energy up, some of it will be stored in our relatively small carbohydrate tank and the rest – will be converted into fat. Fat, though, we can store as much as we need.

Later, when we might need to fuel that big brain of ours, we will need to use some carbohydrates from our tank.

Since it is relatively small and most of those fast sugars are no longer available, we have only a portion the carbs we ate before. We simply could not have stored it all as ready to use carbs.

The only way to obtain more energy is to eat more quick carbs or start to dissolve muscle mass, not body fat. The brain cannot use fat as fuel, remember?

The result is systematic overeating. We top up more than we use but much of it cannot be stored as a usable source of energy but body fat. So we eat more and it becomes a vicious cycle. 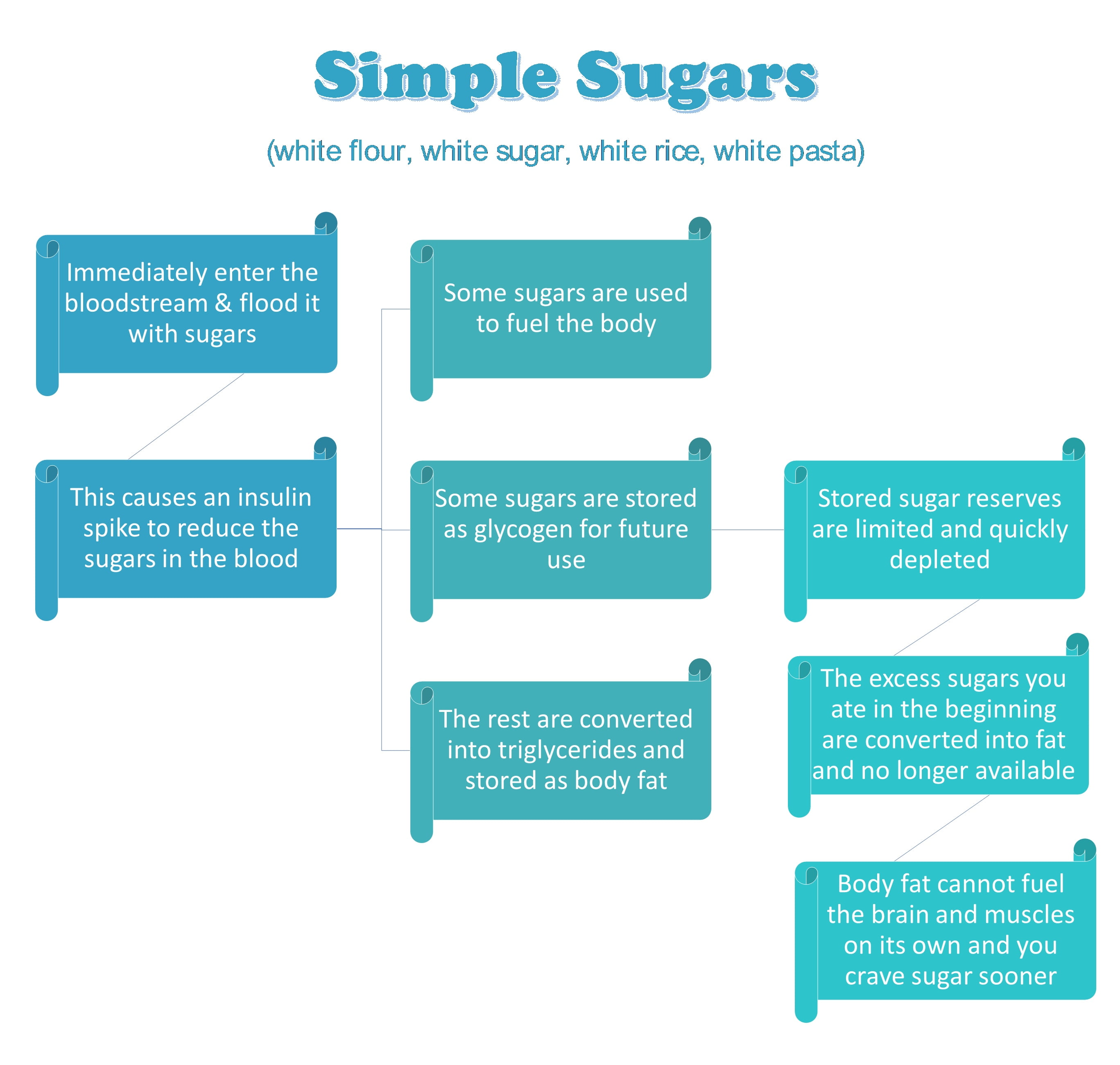 Imagine our carbohydrate tank is a third full. We eat some natural, whole plant food such as beans.

As it is slowly digested, carbohydrate calories are released into the blood, some for immediate consumption and some are stored.

The carb tank starts to fill up slowly. There is less chance for it to “overflow” before we start using up some of its contents. It will be sufficiently fill up, though, for us to fell full of energy when we arrive at work an hour after breakfast, for example.

Then we start using up our reserves but we are still getting some more energy from the ongoing digestion of that bean burrito as well as our stored carbs.

In short, we have energy the whole morning. 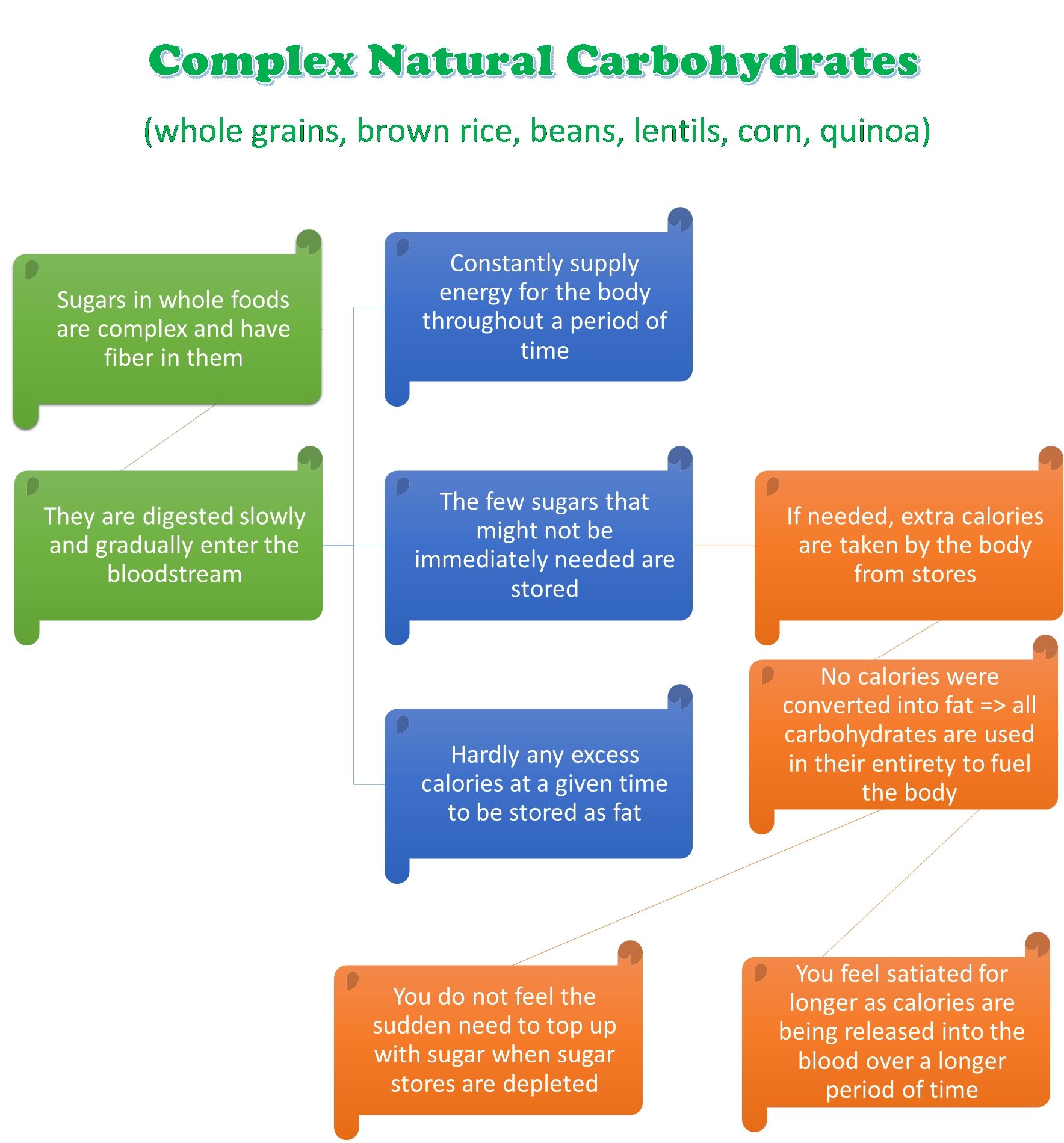 What are fast and slow carbohydrates anyway?

Basically, carbohydrates are complex and simple. 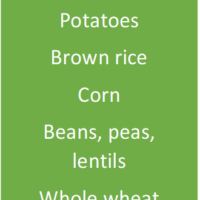 PinComplex or slowly digesting carbs are those found in nature such as in whole grains, beans and even fruit. They are the good ones.

A waffle or simple white bread is in essence white flour with added sugar. In other words, the sugar has been extracted from the sugar cane and the rest has been thrown away. Or the kernel and the barn has been removed from whole wheat berries and what’s left is basically a refined sugar we call white flour.

If you eat some hummus, on the other hand, you are eating finely chopped whole chickpeas into a cream. Nothing is taken away from the chickpeas, just chopped.

What happens when we deplete our stored carbohydrates and we need more quickly? 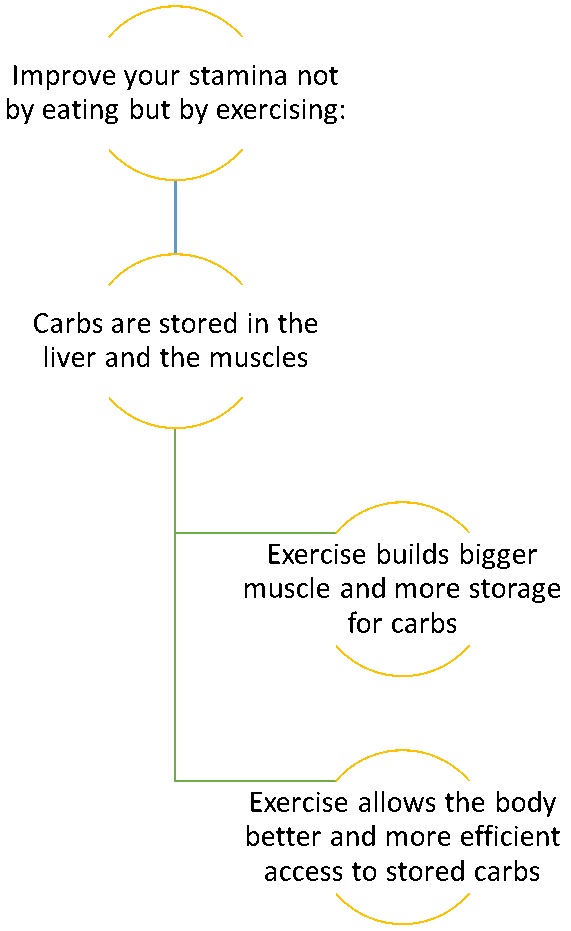 PinIf it happens, then probably we might feel the need to top up with something processed.

We should not let that happen though.

See, eating is the first pillar of health. Exercise is the second.

When we exercise even moderately, we make sure that we have access to all our stored carbohydrates.

At the same time, we have two main storage sites for carbs in the body – the liver and the muscles.

Exercise simply improves the efficiency and the capacity with which we use our ready available energy.

Lets go back to our ancestors again.

They were exposed to much harsher environment, to less food and did far more physical labor.

How did they survive?

Simple, our bodies are built for such world.

A world where we needed to exercise more, had big muscles and far greater energy reserves and efficiency.

We practically never overfilled our carbohydrate storage as we ate natural, slower to release their energy foods.

So, the next time you feel you need some sugary process junk, grab an apple instead. It may not give you a jolt but, despite appearances, it sure packs a punch. 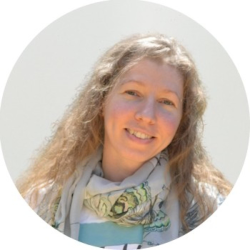